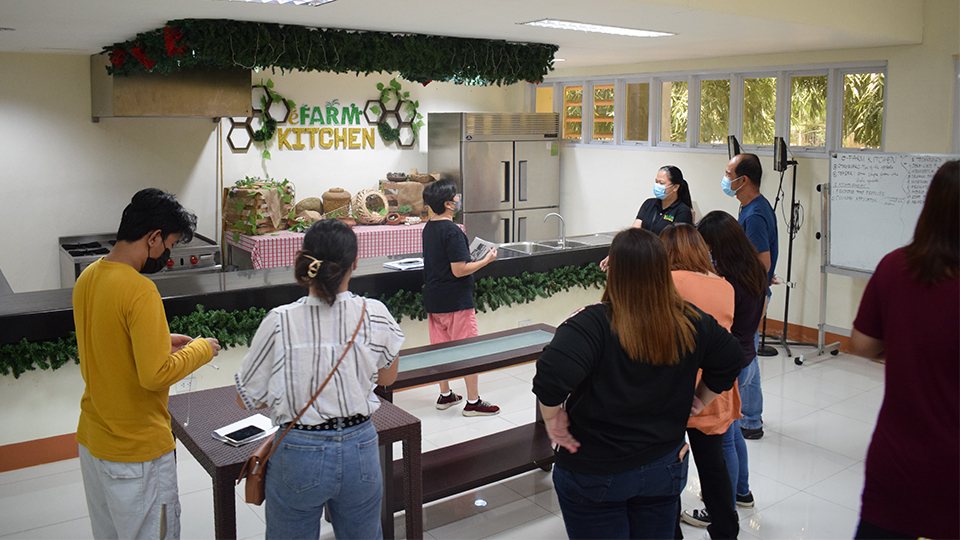 Part of the eFARM Academy’s effort to promote Central Luzon State University (CLSU)’s agritourism, the project team collaborated with Ms. Jing Cataneda, an award-winning media and host personality, on creating compelling, educational, and entertaining online content. With this, her production team, led by Creative Director Ms. Marnie Giron, along with Production Assistants Mr. Ahmad Mahusay and Ms. Carla Perdito, conducted an ocular visit to the university as part of the planning process before the official shooting of the material. 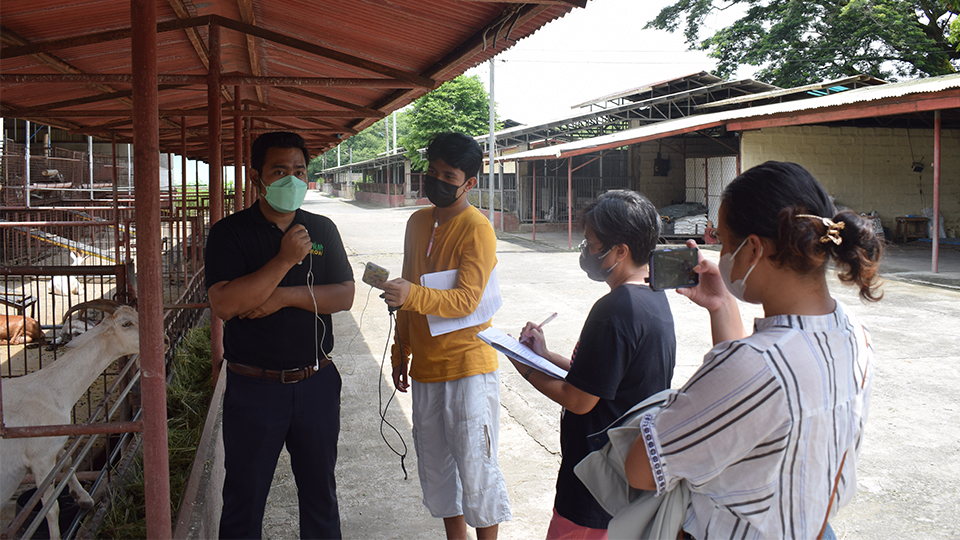 The production team's first stop was at the Department of Hospitality and Tourism Management (DHTM) building to discuss the flow of the video on its official shooting schedule. Further, a pre-interview was conducted with Dr. Celyrah B. Castillo, Project Leader of eFARM KITCHEN, together with its beneficiary, Mr. Christopher T. Tumampo, owner of Mushroom Farm located at Sto. Tomas. Afterwards, they visited the Small Ruminant Center (SRC) to interview Mr. Neal A. Del Rosario, resource person for goat production, as one of the technologies to be featured.

The next stop was to Barangay Manicla, San Jose City, Nueva Ecija, to visit and interview Mr. Bernabe Domitita, beneficiary of goat production at Gomanzal Farm. Going back to CLSU, the team split to simultaneously visit and interview Dr. Gella Abella at the ICCEM Office and Dr. Rich Milton R. Dulay at the Center for Tropical Mushroom Research and Development (CTMRD). The last stop was at Barangay Cabisuculan, Science City of Muñoz, Nueva Ecija to visit the Mushroom Center, where they interviewed Mr. Marlon Irag, Secretary of the Cabisuculan Mushroom Growers Association, and Mr. Charlie Aquino, beneficiary of the Plastic Drum Biogas Digester of Dr. Antonio J. Barroga. 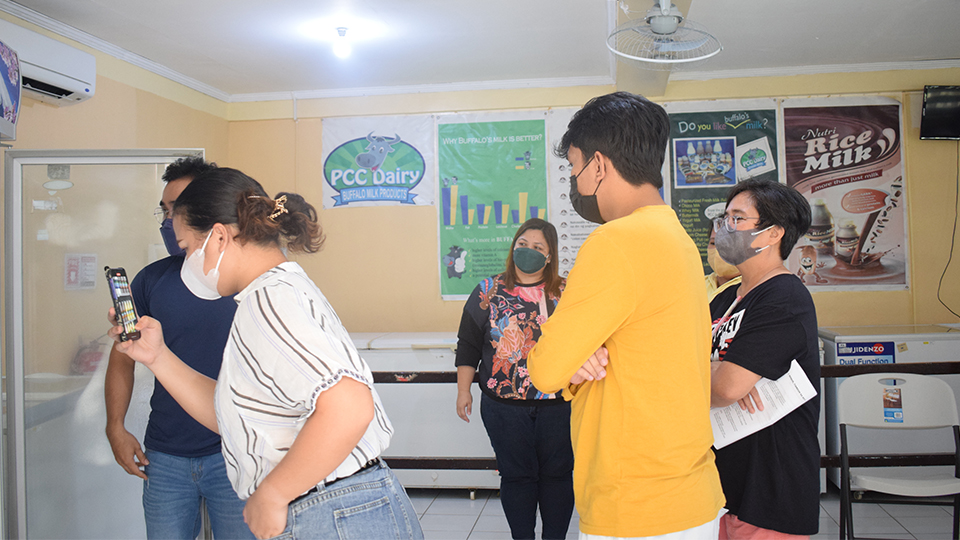 The team, together with Ms. Jing Castaneda, will be coming back on August 9-12 to conduct the official shooting of the media advertisement. 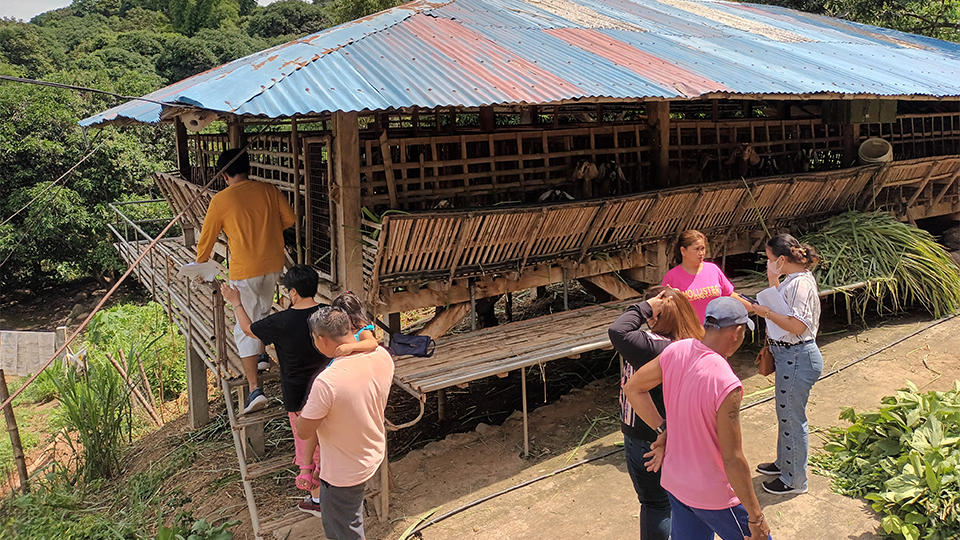 Stay tuned for this one, ka-eFARM!